Home of the Mavericks
Our Schools 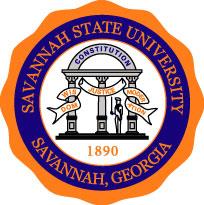 I am a native of Millen, Ga. I am a proud honor graduate of Jenkins County High School. I furthered my education at Savannah State College (now University). I received my Bachelor of Arts degree in 1995.  I went on to earn my teaching certification at Paine College in 1997 through the Fast Track Program. Although I was in the classroom, I continued my education at Southern Wesleyan where I earned my Masters of Education in 2007.

I bring beauty, creativity, and energy to my classroom!!